Pick up the nearby tablet (405,945) behind Lisa Hui. Doing so will place [Orochi Tablet PC] into your mission inventory.

Objective: Connect to Orochi HQ via a communication node

Go to the nearby radio tower (430,835) and use the Orochi Comm Laptop on it to connect to Orochi HQ.

Objective: Turn on the tablet

Use the Orochi Tablet PC within your Mission Inventory or Quick Access Bar to turn it on. 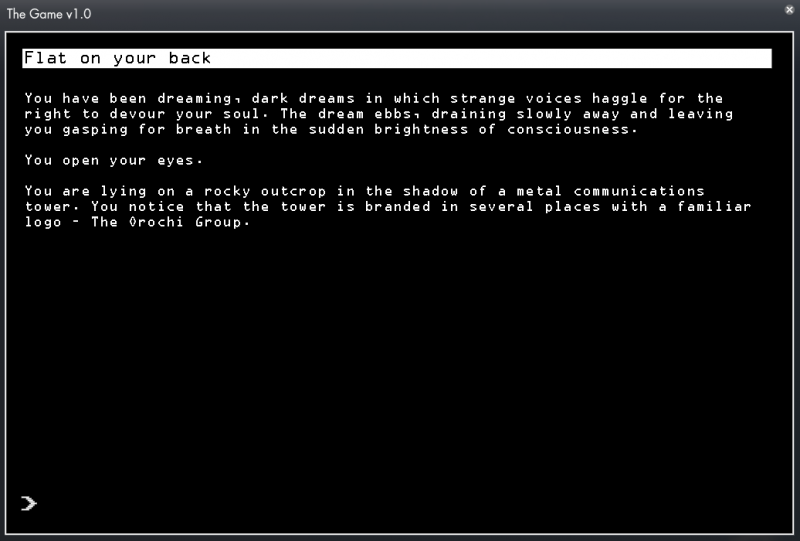 Turning on the Tablet has initiated The Game v1.0, a Text Adventure game within Secret World Legends.

The game must be played.

If you are unfamiliar with Text Adventures, they are entirely text-based games that can be progressed through by inputting commands to interact with the environment and objects described within the game.

For example, using the command 'Inventory', at any time will show the Text Adventure inventory for a particular game.

Multiple commands may trigger the appropriate events during a Text Adventure. Commands given throughout this guide may be substituted for a variety of synonyms.

If you require aid completing The Game v1.0, the following is a list of commands in order:

Go to the appropriate location to retrieve the Game v2.0.

Locations mentioned during The Game v1.0 should seem particularly familiar.

Follow The Game v1.0 and the directions and locations visited in it to the destination.

Go north to the Way of Offerings, where an Orochi helicopter will dive down and deposite a very familiar Locked Orochi Crate on the ground (512,1023).

Use the crate and enter the code from The Game v1.0 that unlocked the crate, 6854, into the keypad. This will open the crate and give a Game v2.0 SD card in your Mission Inventory. 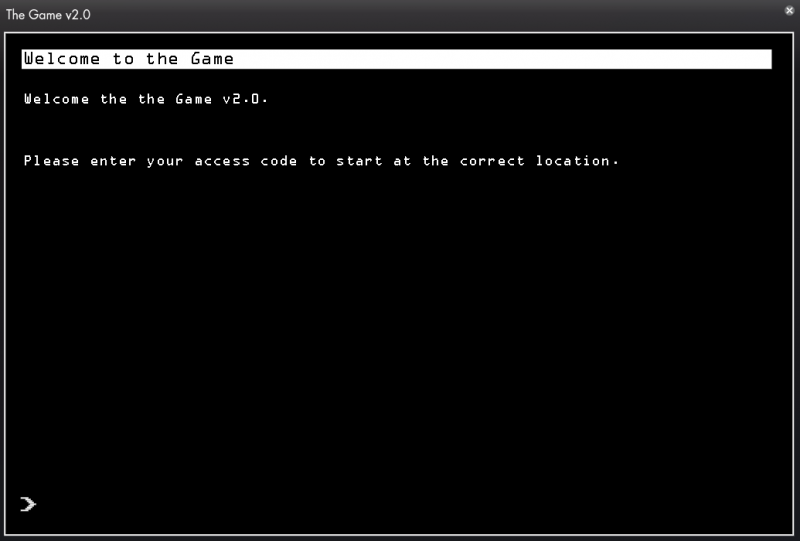 Start up The Game v2.0 and use the password from the the Game v1.0 to proceed.

Only once the password has been given can the Game truly begin.

Commands to the text adventure The Game v2.0 are listed below:

- Use Sinker and Line

- Use Box and Key

- Use Key and Door

Go to the next location to retrieve the Game v3.0.

As with before, locations should seem particularly familiar.

The Game starts off this time in the Savage Coast, on the Miskatonic Bridge (265,795).

Use the Game v3.0 SD card from within your Mission Inventory to begin playing. 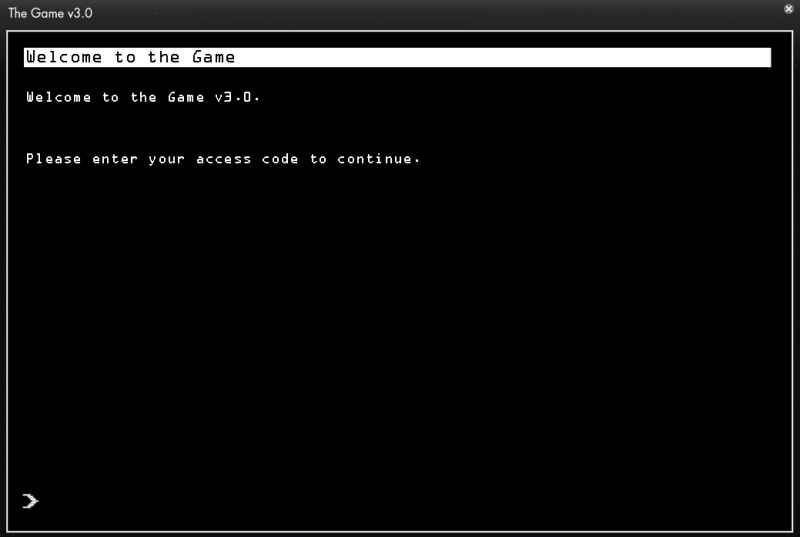 Play through the Game v3.0. As with the previous game, it requires a password to begin.

Should it be required, the following is a list in order of commands that can be used to complete The Game v3.0. The command 'back' is frequently used in this list but can be ignored if so desired.

There is a pattern with these games and their locations. 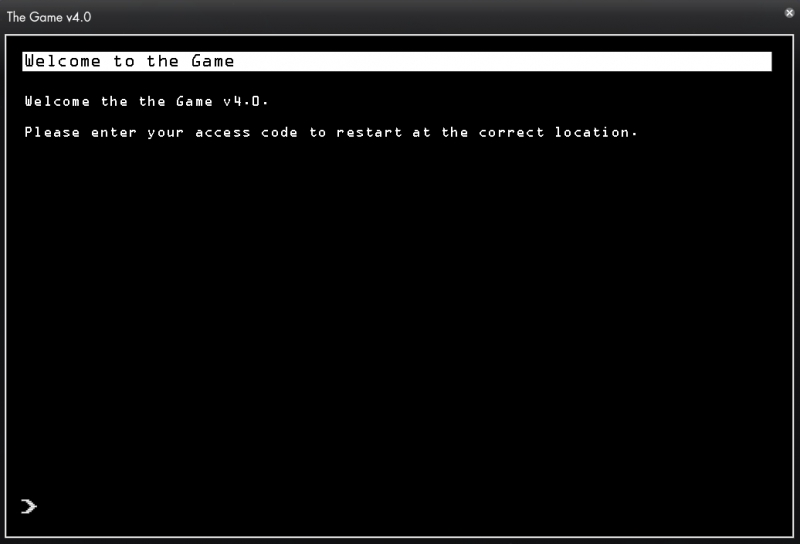 Complete The Game v4.0 to find the Game v5.0. Again, a code is required to play.

A possible series of commands for The Game v4.0 is listed below if needed.

Once again, the game utilises the Secret World for its setting.

The Journeys Beyond Static poster exists outside of the game, as well, and can be found at (255,205) on the Tuppenny Dreadful storefront in the Shades of Darkside.

Interacting with the Journeys Beyond Static comic poster will award the achievement Stranger Than Fiction.

Interact with the Journeys Beyond Poster (255,205) just as you did in the game to enter your Anima Form. From there, follow the directions of the game to the crate (240,220). Spirits are easily able to access it.

Retrieve your body by using the Anima Well at Ealdwic Park (155,275) and resurrecting through it. It is not possible at this time to find your body otherwise. 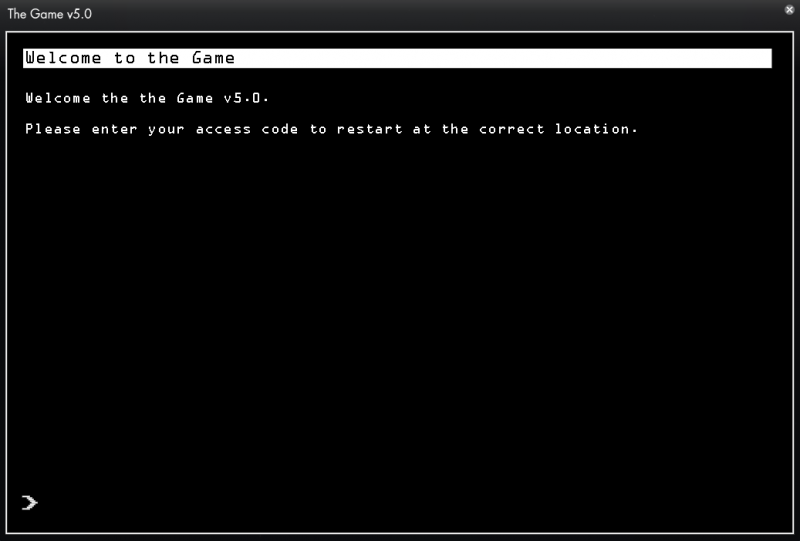 The Endgame is upon us. Play through the Game v5.0 to find it. Another access code is required.

Potential commands for The Game v5.0 are provided in the following.

Play through the game and find the Endgame.

As with all other editions of the Game, the location is one that exists within the Secret World.

Traverse the Sunken Library until reaching the main server room in the back (205,305). Upon entering the main room, the floor will begin to light up along a specific path.

Follow the lights on the floor to a simulation room in the back (265,330). The door will open upon approach. Enter it.

Go through the simulation to find the Endgame.